We want you to come and play in the Irish Open Pro-Am,’ said the voice at the other end of the phone. ‘Some big names are playing this year and if you’re open to it, we’ll try and get you a round with Rory.’

How do you respond? Childhood dreams flash before your eyes along with the thought that maybe, just maybe, this is the moment the world realises that you, and not Rory McIlroy, are the next big thing.

And that was it. How could any golfer refuse. A chance to play golf with the game’s next big thing on the Killeen Course at Killarney Golf Club – truly the stuff of dreams. And all I have to do is write about it?

The flight into Shannon was straightforward. As was the journey to Killarney, my base for the coming week. I tossed in turned in my hotel bedroom – no wonder. Tomorrow would be a day for dreams of the waking kind …

There are not many days when you walk onto a practice putting green to find Darren Clarke and Graeme McDowell putting next to you. You feel every fibre in your body retract with the tension. That goes to a whole new level when you step onto the range.

We have all watched that scene in Tin Cup when Kevin Costner gets a sudden dose of the s-word on the range at the US Open. Every amateur’s nightmare.

Thankfully it wasn’t something I had to live out but hitting balls while sandwiched between Rory McIlroy and Ernie Els is both an extraordinary privilege and thrill but also the scariest thing you can possibly do as a golfer.

Having survived the range, the next challenge was the first tee. Or the 10th in my case. The promise of being paired with Mr McIlroy had gone, sadly. Part of my died a little. But then I remembered how lucky I was to be here.

In McIlroy’s place the less well know Richard Bland, currently world 425. The four-ball was made up of two well-known Irish hoteliers.

McIlroy was, however, in the group just one hole behind me. What I soon realised was that meant the crowds who wanted to catch a glimpse of the biggest star in Irish golf, ran ahead to get their spot and ended up watching yours truly and his four-ball. Lucky them. Not very lucky me. The galleries were ten deep around most greens. As if the pressure wasn’t enough.

In my naivety, I had planned to put my bag on a trolley and go around like that. Everyone else had a caddie. And within one hole, so did I.

A youngster, no more than 14, came up to the ropes and asked if he could caddy for me. How could I refuse? For him, it was the chance to taste the limelight for me, perhaps a better chance to concentrate on my golf, rather than pulling along my trolley. What could possibly go wrong? And on we went.

I played solidly, to my surprise. And even got a warm round of applause from the throngs of McIlroy fans around the 12th green (my 3rd hole) for a chip that almost dropped in. The trust golf galleries have in the pros ability to consistently find the middle of the club face is extraordinary and based on years of evidence. When the amateurs get involved, the risk goes to a much higher level. The irony was that the only injury on the day was caused by McIlroy himself in the group behind – one of his 350yd drives landing square on the head on one of the crowd behind me. Ouch. As we approached the final stretch of holes the atmosphere built, the galleries grew.

The 18th at Killarney is a magnificent hole – a 440yd par 4. A tough drive with water left, three bunkers at driving distance to the right – a gentle dog-leg left. My drive flirted with the stream on the left but landed safely, leaving me 165yds to the centre of the green, over a pond. A big pond. To a green that was surrounded by not one but three grandstands, all packed in anticipation of Rory McIlroy. Of course. My 7-iron looked dead on line all the way. It was struck well. The flight was perfect. The distance, however, was not. And much ball plunged into the bank of the pond and bounced into the water with a resounding plop much to the amusement of the crowd.

That was the signal for a change of fortunes. As we headed for our 10th tee, (the 1st on the card), the crowds had long gone, following the big names who were all on the homeward nine now. My young caddy sensed this pretty quickly. And as I pushed my tee into the ground at the 1st tee, he shouted something about his mum needing him back for his tea and ran off in the opposite direction with all the conviction of an Olympic sprinter.  Who can blame him? I would have done the same thing. Haha.

The remainder of the round was delightful, actually. Without the crowds and the razmataz, it was easier to see the mesmeric beauty of this resort, sitting as it does on the banks of Lake Killarney, surrounded by mountains.

The Killeen course was set up for the pros on that day. It is long and challenging but it is beautifully laid out. And perfectly presented. A true test of every shot you have. And I couldn’t recommend it more highly.

And so, that was it. I shot a round of 81. Which, on the day, wasn’t the worst. It was, in fact, better that one professional on the day, who will remain nameless.

WHERE TO STAY:  The Great Southern Hotel, Killarney. A delightful property right in the heart of Killarney that has played host to many famous folk over  the years. Queen Victoria’s entourage stayed in the hotel when she visited Killarney in August 1861. While in the 1960s, Jackie Kennedy stayed here with her children – the presidential suite is named after her. Click here for more info.

WHERE TO EAT:  Rozzers, Killarney.
This really is a must-visit dining experience on any visit to Killarney. Geraldine and Michael and all their wonderful staff not only love what they do and care deeply about their restaurant but they went the extra mile to give us a memorable night. The sheer quality of the food on offer sets it apart and the setting at the excellent Killeen House Hotel is delightful. Click here to make a reservation, to see the menu or for more information. 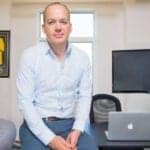 To the guys at FlagBag Golf Co, a golf bag is so much more than a…

Laura Sayer-Hall, was looking for a way to make a big change to her 9-5 life.…

Hame Golf: Sustainability And Storytelling At Heart Of Success

Storytelling is at the heart of what makes us human. It helps us know who we…

Mythical Ballybunion in south-west Ireland is one of the world's great links courses. The Wandering Golfers…