There is an inescapable sense of class about everything which makes Formby so special.

You feel it from the moment you turn off Victoria Road, one of Merseyside’s most exclusive enclaves, and into Golf Road which wends its way towards the grand old clubhouse. You feel it in the warmth of the welcome, you sense it as you take in the history that hangs from the walls of the clubhouse and shimmers in the impressive trophy cabinets.

The golf course is, as you’d expect, majestic. Even when you’re in the clubhouse it’s hard to take your eyes off it. It waits beyond the windows, with all its natural wonder, to challenge and beguile you.

Formby would not, of course, be the club it is without it, but when you combine that extraordinary layout with everything else here, it adds up to a truly world-class experience.

Our greatest challenge in writing this was not finding interesting things to include, but deciding what to leave out and store away for another day.

You could write a book about Formby Golf Club. It is steeped in so many wonderful stories, great characters and significant moments and each warrant recognition in their own right.

Walk through the doors of the clubhouse and up on the wall to your left you will find an honours board detailing Formby’s role in hosting the biggest events in amateur golf – from The Amateur Championship itself, to the Curtis Cup, Brabazon Trophy and Arnold Palmer Cup in 2016.

Walk up the grand staircase and you will come upon a vast trophy cabinet which holds trophies bearing the name of Bobby Jones and photographs of the iconic American with his father. The long-standing relationship between Formby and The Atlanta Athletic Club, where Jones grew up playing the iconic East Lake course is well-documented.

Along the corridor is the snooker room, which dates back to 1901 and is a portal to a bygone era. Inside you’ll find two of the oldest tables in the country, as well as priceless artefacts, including hickory clubs, and memorabilia from each of the Amateur Championships the club has hosted. There is a tangible ambience to the room even when it’s empty. John Parrott, the 1991 World Snooker Champion, is a member here and has spent many hours on the Formby baize both practising and playing exhibitions against the likes of Steve Davis and Dennis Taylor to name but two.

In the two club bars downstairs, there are more stories. You’ll find photographs of two victorious Ryder Cup captains, Jose Maria Olazabal and Colin Montgomerie, battling it out in the final of the 1984 Amateur Championship, the Spaniard a 5&4 winner. There is also signed memorabilia from Sam Snead and Arnold Palmer to mark their visits. There are maps which tell the story of the coastal erosion which has forced the club to move the 7th, 8th, 9th and 10th holes inland over the years. The ocean is swallowing up two and a half metres per year but Formby have been proactive. Working with renowned golf architects Mackenzie & Ebert the club are planning as far ahead as 2085.

And that is to say nothing of the history of the clubhouse, which burnt down in 1899 and was rebuilt in 1901. Joseph Bruce Ismay, chairman of the White Star Line – the Liverpool shipping company that built the Titanic – donated the clubhouse clock in 1909 to celebrate the club’s 25th birthday. Ismay was one of 325 men to survive the sinking.

There is the 81-year relationship between Formby Golf Club and the King’s Regiment, now the Duke of Lan­cast­er’s, and the key role both the club and the regiment played in repelling the German invasion during World War II. And the story behind Formby twice turning down the chance to be known as Royal Formby – another yarn to revisit.

How best then to tell the story of what it’s really like to play this golf course? One tale stood out both for its historical significance and its relevance to the experience of playing Formby today. It centres on Siegfried Sassoon, who alongside Wilfred Owen is one of the two most celebrated poets of the First World War. Born in Kent in 1886, those who fought alongside Siegfried said he knew no fear and fought with incredible courage on the Western Front.

He was injured in battle and during his convalescence played at Formby with Robert Graves, another celebrated war poet. “Clotherland had accessible compensations,” Siegfried wrote. “One of them was the golf course at Formby. The electric train took only 20 minutes and Formby was famous for its bracing air, comfortable club house and superlatively good war-time food. I went there at least one afternoon a week, usually I played alone and often I had the links to myself, which was no disadvantage, since I had always been considerably addicted to my own company.”

Graves also committed those memories to paper. “Officers of the Royal Welch were honorary members of Formby Golf Club. Siegfried and I went there often. He played golf seriously, while I hit a ball alongside him … I limited myself to a single iron. My mis-hits did not matter. I played the fool and purposely put Siegfried off his game.”

Siegfried was, in truth, off his game for the rest of his life as he struggled to escape the sights and sounds of the Great War. It haunted him like it did so many others. Poetry provided an outlet for his anger. In June 1917 he wrote a letter, published in The Times, claiming the war was being deliberately prolonged by the government. It sparked outrage. Only the intervention of Graves, who insisted his friend was not sound of mind, prevented a court-martial.

Siegfried withdrew from military service and died at the age of 80. It was always said, the only place where the guns fell silent in Siegfried’s own mind, was when he spent time walking the fairways of Formby Golf Club.

If you walk in his footsteps, you will understand why. There is an extraordinary sense of peace here, a stillness to it, a calm, a silence. It’s as if the troubles of the world fade away among the dunes, the heather and the pine. All you are left with is the sound of your own thoughts, of the birdlife above and, if you’re lucky, the sight of a red squirrel or two.

As you play the stretch from the 5th to the 15th, which hit rare heights of quality and originality, you do so in almost an other worldly place. Each hole has that sense of peace and stillness. At least it did for us. If you get the chance, walk up to the back tees on the 9th and take it all in. The hole laid out before you, the Irish Sea forward and right, the smell of pines, the silence. It’s a sensation that is, quite honestly, hard to put into words. You have to feel it.

Siegfried is just one of Formby’s extraordinary library of stories. This will not be the last article we write on the club, there is too much to say. But we hope it gives you a flavour of what makes this place so unique.

Formby may sit on England’s golf coast – unquestionably the best stretch of golf courses in the land – alongside Royal Liverpool, Royal Birkdale, Royal Lytham and the likes of Hillside and Southport & Ainsdale – but when you start to scratch the surface of everything that goes into making Formby what it is, you also begin to understand why there is no sense of inferiority here. It does not need a royal title to stand out. This place does that all by itself.

Many years ago, an American advice columnist known as Ann Landers, attempted to define what it was to have class. “Class is comfortable in its own skin. It never puts on airs, never tries to build itself up by tearing others down. It can walk with kings and keep its virtue and talk with crowds and keep the common touch. Everyone is comfortable with the person who has class because he is comfortable with himself. If you have class, you’ve got it made.”

If that is to be the definition, then Formby Golf Club certainly has it made.

Go and experience it for yourself. 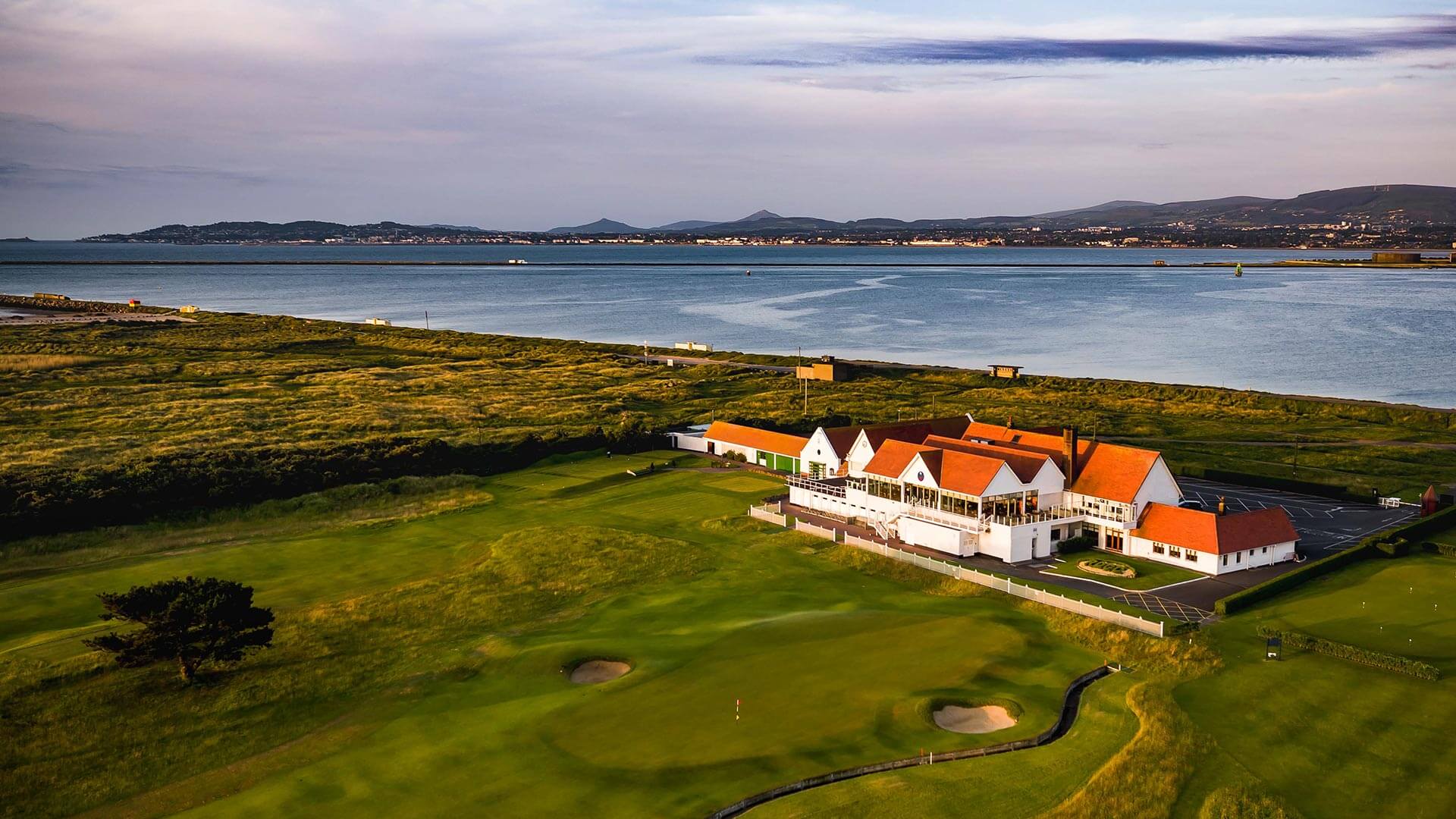