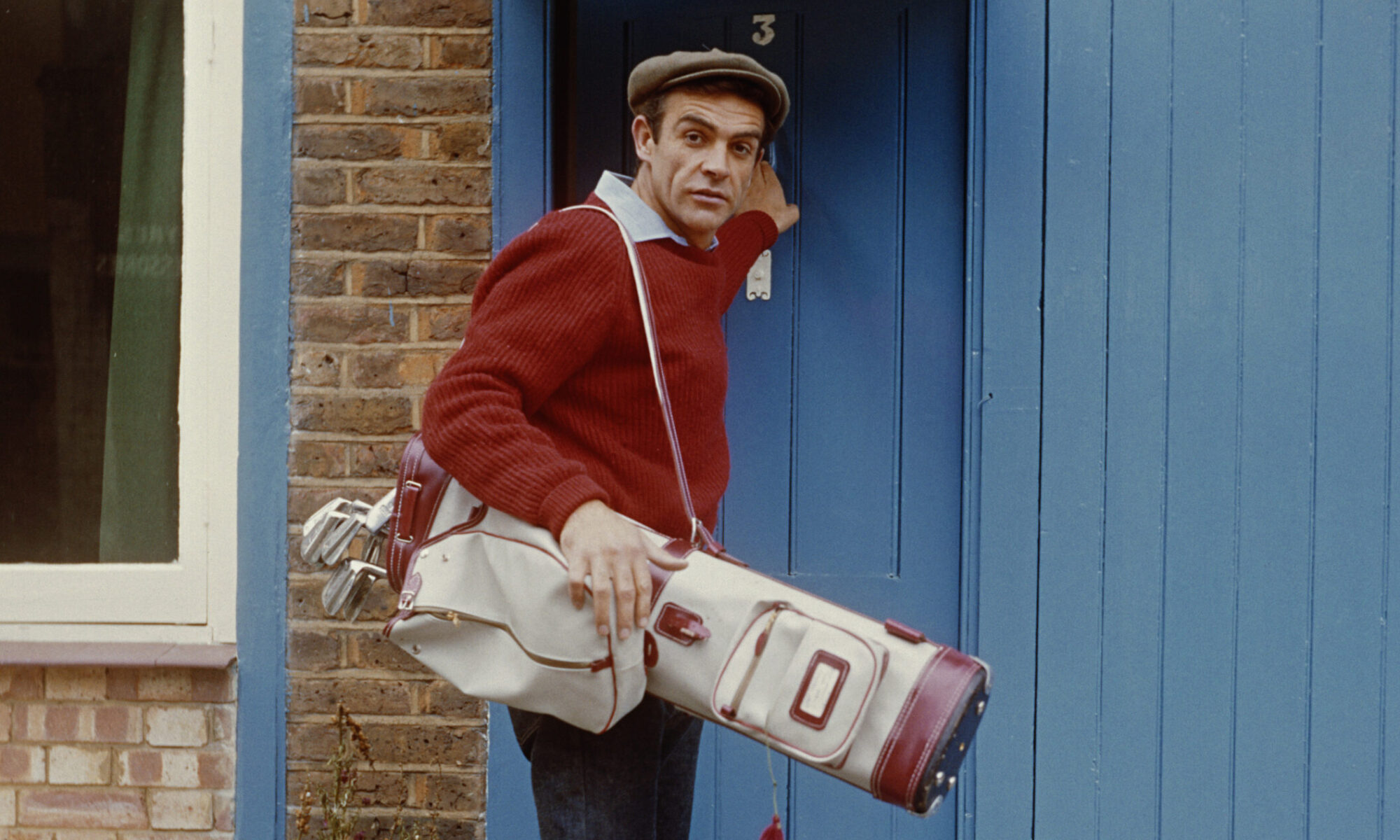 “The nexsht time I say the word American, remind me to put f**king in front of it.”

Sean Connery stands in front of me having just emerged from his dressing room at Pinewood Studios after an audibly heated phone call with executives at 20th Century Fox.

He doesn’t mean it for a second, of course. This is just his way of blowing off steam and putting those of us around him at ease. He is almost 70, at this point, but the broad smile he is wearing hasn’t aged a day while his energy and sheer presence also remain undimmed.

“Right, time for golf!” he declares.

Sean is in the UK filming Entrapment, alongside Catherine Zeta-Jones. The bulk of it is being shot at Pinewood. I’m an 18-year-old runner working on my first feature film. What’s a runner? Someone who runs around a lot, fetching and carrying for the actors, bringing them to a from the set, ensuring they go to hair and make up on time. They ask, I run. You get it.

Now, I’m not a tea drinker. I’m still not. My learning curve is steep. I leave the tea bag in the first cup I make Sean. To his eternal credit he doesn’t say a word, although he raises an eyebrow in my direction after taking a sip. The director, on the other hand, walks across with the coffee I made him and says ‘never darken my doors with instant coffee again.’

Pinewood is familiar territory for Sean. We’re no more than a 10-minute drive from beautiful Stoke Park, where his love affair with golf began. Making a film nearby means that when he is not needed on camera for a few hours, his doesn’t want to sit in his dressing room going over lines he already knows, he wants to play a few holes of golf.

DRIVING ON AND OFF THE GOLF COURSE

The producers agree to his request and with the energy of a kid on Christmas morning, Sean grabs his clubs and is off. His diligent driver, Wasim, waits outside the dressing rooms at the studio in a immaculately polished £100,000 Mercedes with blacked out windows. Sean, though, skips straight past him and throws his clubs into the back of a gaudy green, Vauxhall rental car. He prefers to drive a car no one would ever look twice at. And, in the blink of an eye, he has gone. And gone for hours. Trying to get back from the golf course is the biggest challenge. Only once was shooting held up while we waited for him to return.

No one begrudged him that time. What was clear, to all of us, was that Sean craved and needed those moments of normality away from the glare of the cameras, the film set, his life. He enjoyed the solitude of the golf course and, at times, the camaraderie. His great friend, Jackie Stewart – the former motor racing world champion – was his favourite playing partner. But on the golf course he was left alone in the wide open spaces, he didn’t have to think beyond his ball and the shot. He was just a golfer, albeit a good one, playing off 5.

Golf was special to Sean but Stoke Park, or Stoke Poges Golf Club as it was then, was particularly special. When it came to golf, he said it felt like a home from home to him. Why? Well, despite being a proud Scot, he discovered the game relatively late in life.

It wasn’t until his 30s that golf was thrust upon him. His third Bond film, Goldfinger, had within the script, a scene which Ian Fleming had written about his own beloved Royal St George’s in Kent. It required Sean as Bond to swing a golf club with all the swagger and style that you would expect from the consulate gentleman spy. He took to golf quickly. His great friend, Michael Caine would say that he lost Sean to the game. “Once he learned to play golf, I never saw him again!” That wasn’t strictly true, of course. They were great friends for many years after Sean took up golf, but there was an element of truth to it.

Goldfinger was to be shot at Pinewood, as all Bond films traditionally have been to some degree. The producers arranged for Sean to have golf lessons at Stoke Park so that he could play his own ball when it came time to shoot the film. Stoke Park, because of its proximity to Pinewood and grandeur, was where the production had chosen to film the iconic scene where Bond takes on Auric Goldfinger in a match which famously begins for a ‘shilling a hole’ and ends in a battle for a bar of gold bullion.

TRIBUTES FROM THE GREAT AND GOOD

Since his death, the tributes have been all-consuming. Many have referenced golf. Harrison Ford, in paying tribute to the man he described as a father figure, said, “if he’s in heaven, I hope they have golf courses.” Daniel Craig, the current Bond of course, added, “wherever he is I hope there’s a golf course.” If there isn’t, they’ll soon know about it.

THE SEAN CONNERY I KNEW

Spending time in his orbit on Entrapment was, quite frankly, a joy. A-list movie stars are not always straightforward. They can, at times, throw tantrums, be rude, throw their weight around and demand weird and wonderful things be delivered to them. Sean was none of those things. If he had an issue, he’d ask for the producer and vent his frustrations to them. Not to the runner who was delivering his coffee/tea (he didn’t ask for another). He was funny, charming, polite. He kept himself fit with a treadmill and weights in his dressing room. He never forgot a script line, always knew his ‘jokes’ – as he called them – inside out.

He was also incredibly down to earth. Most days, he would drive himself into Pinewood from his London home in Belgravia. If we shot late into the night, or he had an early call the following day, he’d often stay at Pinewood in his comparatively modest dressing room to save himself the journey. The sound of his laughter booming around the corridors as he watched TV into the evening, often in his underpants, still makes me smile.

Golf, though, was never far from his mind. Sean once told me that he saw golf as a metaphor for life – a game where you compete against yourself, always trying to get better and improve, a game where if you cheat, you’re only cheating yourself. In life and on the golf course, he believed staunchly in fair play, honesty and authenticity.

If you shared those values and you dealt with him in that way, he was warm, generous, and always funny. If you didn’t, you would know it. Just like those 20th Century Fox studio execs.