As I stand on the first tee at Western Gailes Golf Club, it suddenly dawns on me how lucky I am.

Not just lucky in the sense that I’m about to play one of Scotland’s finest links courses, but lucky because there’s barely a breath of wind on the Ayrshire coast, this late summer morning.

“Welcome to our hidden gem,” says club steward James McIntyre who greets us warmly. And what a gem it looked from the elevated car park that overlooks the course.

The stillness means one of the chief defences of every links course is down. It’s time to attack. Except, maybe not the 1st. That requires a tee shot of precision with a mid-iron.

Or the second. Left is dead. Right is on the train track that connects so many of the terrific courses which pepper this stretch of western Scotland, passing alongside Open Championship venues such as Prestwick, Troon and Turnberry.

It’s the line that brought the first pioneers from Glasgow out here in 1897 looking for somewhere to play when the harsh winters rendered their parkland courses unplayable.

Four like-minded individuals – William Johnstone, James Lang, Will G O Lindsay and Andrew McCulloch – spotted a chunk of land that looked ripe for development. Not that much development was needed, with the natural terrain being allowed to determine the layout of the course.

The land was owned by the Sixth Duke of Portland, who agreed to lease the plot and eventually sell it to the club and he duly became an honorary president.

And what a strip of land it is, hemmed in to the east by the trainline – sadly the train station that brought the majority of the early members to the course was closed in the 1960s – with the Firth of Clyde to the west.

The course never feels more than two holes wide. The opening four run to the north of the clubhouse with nine coming back the other way, before the final five return you to your starting point.

It’s so narrow that James tells me I could tee up a ball in front of the clubhouse and hit a driver into the sea. It’s tempting to try.

The opener at Western Gailes Golf Club is not long, at just 310 yards off the tips, but a dune partially obscures your view and is an instant warning that this course demands brains over brawn.

A five-iron bunted down the middle-right was “the perfect line”  said James who had led us out to the 1st tee. It does turn out to be the perfect start, anything longer would have been in among humps and hollows, leaving an awkward stance.

The majority of holes have barely changed since the original 18 were ready for play in May 1898. An access road for the harbour necessitated in a new third, fourth and fifth in the 1970s, while the 10th and 17th received slight modification after tank manoeuvres during World War II.

Other than that, it’s pretty much as you’d have found it around the turn of 20th Century, with deep, punishing rough framing classic links style crumpled fairways and greens that feature both the severest of undulations and the subtlest of borrows.

The course really grasps your attention as you make the first turn for a magnificent nine-hole stretch from the 5th which runs right along the coast.

The tees afford sensational views across the water – if you’re lucky – to the Isle of Arran and the granite behemoth that is Ailsa Craig. There is no out of bounds to the right. The beach, alive with dog walkers and day trippers, is very much in play. The first three of these holes neatly encapsulate everything that Western Gailes Golf Club is about. Yes, it’s tough and demanding, but above all, it’s huge fun.

The par-four fifth is a real beast at 500 yards off the back tees, with two exquisitely positioned bunkers, designed to catch the second shots of those who need to take three to the green. The approach to the par-five sixth encourages you to hit a  bump and run, negotiating the contours that feed down to a half-hidden green. Golf as it should be played, using your imagination, guile and touch.

And then the stand-out hole. The par-three seventh. High dunes frame what should be considered a classic, with a green protected by six deep and punishing bunkers. I am in love.

We later find out that nine-time major champion Gary Player also loves the place. He had been in Glasgow a couple of weeks before our visit and  popped in for a round. He didn’t choose Turnberry or Troon. He chose Western Gailes. It wasn’t his first visit. His signature is proudly displayed on the inside of a locker door in a changing room that, like the course, is standing the test of time. Others, including two-time Masters champion Bubba Watson and the champion golfer of 1989, Mark Calcavecchia, have also inked their approval.

The thundering sound of a horse galloping along the sand briefly breaks my concentration on the eighth tee, the Isle of Arran finally peeking through the lifting haze beyond. And so we continue, always aiming inland off the tee on a run of slight left-to-right doglegs as we head to the far end of the course and the short 13th.

This final hole before we turn for home is another piece of golfing nirvana. The green is generous but a burn, one of three that meander through the later holes, protects the front, while it is surrounded by seven bunkers waiting to gobble up anything remotely wayward.

The focus then switches. Anything right is now out of bounds. Unlike the beach, the train tracks are not in play. The 14th is the longest hole on the course and all laid out before you. The yardage book suggests the prevailing wind will be helping but today’s freshening breeze is hindering rather than helping on the run for home.

The 15th plays a good deal longer than its advertised 194 yards, and is part of a large chunk of the course that has been designated a Site of Special Scientific Interest, with the club taking seriously its responsibilities to the environment. The purple hue of Wild Northern Marsh Orchids will brighten summer rounds and are found in the swale at the 15th and in front of the next tee.

The round finishes strongly with fairways that narrow the further you dare hit on 17 and 18 and then it’s to the clubhouse to dissect.

It was first built in 1909 and has undergone numerous sympathetic extensions over the years. The window in the bar overlooking the course is the place to be though as you take a last, longing look at the course, hoping that one day you’ll be able to return.

The development of luxury lodges no more than a lob wedge over the train track at neighbouring Dundonald are destined to bring in a new generation of golfers who will discover that far from being a hidden gem, Western Gailes Golf Club should be considered one of the crown jewels of Ayrshire.

Dublin: Guinness and some of the best links in Ireland

Lahinch Golf Club: truly a wonder of the golfing world 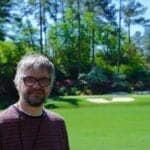